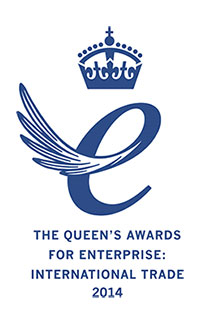 We are today celebrating being named as winners of a Queen’s Award for Enterprise, the UK’s highest accolade for business success. The award, given for our achievements in International Trade, recognises our long history of designing PC Oscilloscopes, PC Data Loggers and Automotive Diagnostics tools and exporting them around the world.

“This is the most exciting event for Pico Technology since our foundation in 1991,” announced Managing Director Alan Tong. “The company has grown every year since then, contributing to the local and national economy and employing over 70 people at our United Kingdom headquarters. I believe that this award reflects not only our own success, but also the continuing importance of the UK’s manufacturing and technology sectors to our country’s prosperity. I would like to thank the team at Pico, our customers and suppliers and our partners worldwide for their contribution to our story.”

Pico Technology introduced the first PC Oscilloscope 23 years ago. Traditional oscilloscopes are bulky instruments that occupy a large area on an engineer’s workbench. Our PC-based products, however, are portable and have brought oscilloscope technology within the budget of a typical personal computer owner. From their simple beginnings, these devices have evolved into a new class of test instruments that we call PicoScopes. Through innovative design, PicoScopes with high-level specifications are available that compare favourably with the most advanced test instruments from the world’s largest manufacturers.

Despite its global reach, Pico Technology has never lost sight of its responsibilities to the local community. We contribute to several UK charities, help to train students every year from nearby colleges, and are currently recruiting for several vacancies at our UK headquarters.

About the Queen’s Awards

Approximately 160 Queen’s Awards have been announced this year for outstanding business achievement in the fields of International Trade, Innovation and Sustainable Development.

Winners of The Queen’s Awards can expect an invitation to attend a special reception at Buckingham Palace. They can also use The Queen’s Award Emblem in advertising, marketing and on packaging for a period of five years as a symbol of their quality and success.

The awards are made annually by HM The Queen, and are only given for the highest levels of excellence demonstrated in each category.

To find out more about next year’s awards visit www.queensawards.org.uk